Possibly the most popular sport in the world is football. Parents used to oppose their children playing football. Nowadays, because football is so valuable in terms of fame and money it brings, everyone wants their children to play the sport. You must complete a football academy in order to have a chance to play in Europe and other elite leagues. Many foreign football clubs visit Nigeria’s top football academies to scout prospects. 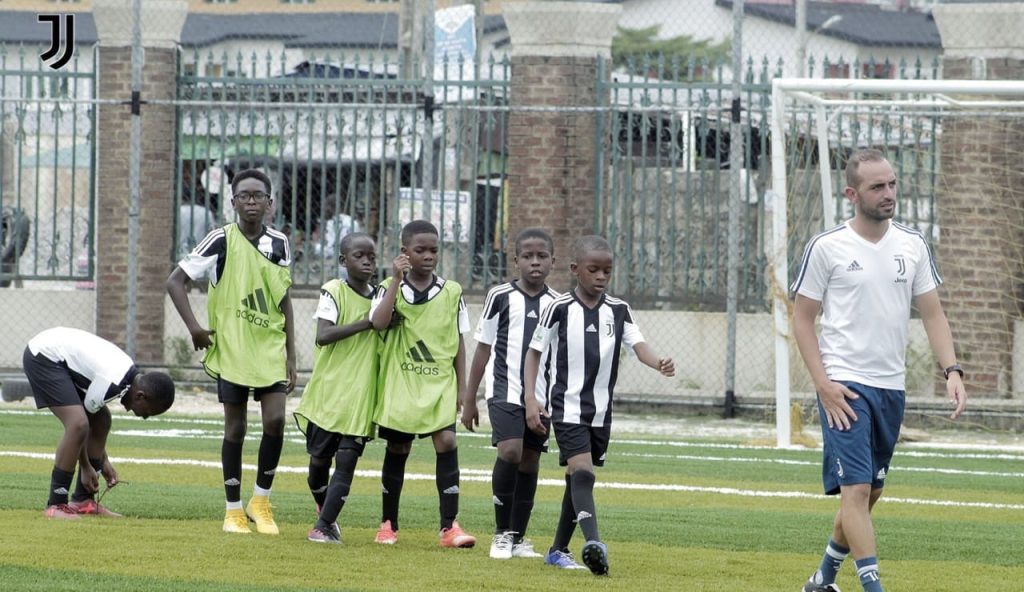 What is the price of enrolling your child in a Nigerian football academy? In this post, we will fill you in on every detail. We’ll also provide some information about Nigeria’s top football academies that are offering trials for young footballers.

Please take note that these costs could change depending on a number of variables. Football academies don’t typically alter their registration fees, though. If anything changes, we’ll let you know by updating this post.

This football academy was founded by Kashimawo Laloko in 1992, therefore it has been operating for a while. Only in 1994 did the academy receive Pepsi’s full support. It has since changed its name to “Pepsi Football Academy.”

Over the years, the academy has developed a reputation for producing elite football players. It is committed to supporting aspiring professional football players who are young and gifted. More than 3,000 players between the ages of 6 and 18 are currently part of the academy. To assist these players in realising their ambition of becoming football stars in the future, it also has roughly 54 coaches. The Pepsi Football Academy was initially founded in Lagos, but it now has 14 locations spread around Nigeria.

The Kwara State Government formed the KWFA, as it is popularly known, in 2005. Dr. Bukola Saraki, a former governor of Kwara State, is the one who came up with the idea. Clemence Westerhof, a former technical advisor with the Super Eagles, was asked to lead the programme when it first opened. Swedish technical director Paul Ashworth currently oversees the academy.

Ashworth has managed a number of elite teams in European football’s top division. FC Peterborough and Dynamo Kyiv are two of them. 150 kids are also part of the KWFA, along with 7 additional coaches. Football players between the ages of 13 and 21 are accepted in this programme.

The academy opened its doors in November of 2006. It seeks to identify and aid in the development of Nigeria’s soccer talent. The Midas Football Academy looks to find talent throughout Africa, not just in Nigeria.

Many academy graduates currently play for elite clubs in Europe and other parts of the world, according to the academy. One of the best facilities in the nation is the Midas Football Academy. As a result, it is not surprising that the registration fee is hefty.

Kanu Nwankwo, probably one of Nigeria’s best soccer players, goes by the moniker Papilo. In 2001, he founded the Papilo Football Academy as one of his charitable endeavours. The Nigerian Dream Team, which won the gold medal in the Atlanta ’96 Olympics, was captained by Kanu Nwankwo. He also played for elite teams including Ajax FC, Inter Milan FC, and Arsenal, winning the English FA Cup, English Premiership, and the UEFA Champions League.

Numerous promising athletes who have represented Nigeria internationally have received coaching from the Papilo Football Academy. Among them are Chidiebere Nwakali, Stanley Okoro, Joel Obi, and Kelechi Iheanacho. To guarantee that its players receive the greatest instruction possible, the academy has invested in renowned coaches.

A branch of one of the most successful football clubs in history, Barcelona FC of Spain, is Barcelona Football Academy Nigeria. One of the top training academies in the world belongs to Barcelona FC, which is no secret. The club has expanded the boundaries of its training programme to include Nigeria and other nations.

Currently, one of the top programmes in the nation is the Barcelona Football Academy Nigeria. They take pride in having a productive training programme and some of the top coaches available. Players must be between the ages of 5 and 18 to enrol in this institution. It is situated in Lagos State and works to turn gifted kids into elite soccer players.

Approximately 400 young players are currently part of FCBEscola’s programme. These athletes are from various regions of Nigeria.

Do you intend to play soccer professionally? After that, you can anticipate enrolling in the esteemed Chelsea School. But it is situated in London (the UK). There were rumours that Chelsea will establish a soccer academy there in 2012. Hearing the news, people from all 36 of the states were ecstatic. But it sounded more like a makeshift camp. And it looks that travelling to London is required if you wish to enroll in the official Chelsea football school for boys or girls.

Edusko Football Academy is another name for the International Sports Academy. Chief Segun Odegbami established the training organisation in 2007. The founder is a well-known former footballer from Nigeria. For its athletes, the International Sports Academy blends academic and athletic learning. A high school diploma is an option for the group’s students in addition to their football training. The international sports academy not only offers instruction in football but also in other sports.

Samson Siasia, a Super Eagles legend and coach, established SIAONE Soccer Academy. The training centre is situated in Abuja, the nation of Nigeria’s federal capital. The top soccer academy in Nigeria right now is SIAONE Soccer Academy. The major goal of the training club is to give players good fundamental and advanced training in a calm and secure environment so they may enjoy learning while becoming ready for the challenges they’ll face in life and as professional footballers. The SIAONE Soccer Academy makes an ongoing effort to identify the top football potential and fully develop them both as people and, ultimately, as professional players.

Lekki, Lagos State is the home of the 2012-founded Lagos Tigers FC. The academy develops young athletes between the ages of 3 and 15. Lagos Tigers regularly promotes and rewards team spirit, discipline, and the development of self-assurance and moral character. The team makes efforts to research each player’s capabilities and learn how to build on them through technical training. The values of KICK—Kingship, Integrity, Confidence, and Knowledge—guide the operations of Lagos Tigers FC. There are roughly 200 players in the training group right now.

Football academies need to be given careful consideration if you have an enthusiasm for the sport and want to develop into a skilled player. Football academies facilitate your ascent to player greatness by fostering your capacity for teamwork, elevating you to a higher plane, enforcing discipline, and placing you on a broader playing field. It is best to choose the greatest football academies out of the numerous that exist in Nigeria. You will benefit greatly from attending a respected and top-notch football academy.

The most popular sport on earth is football. There are numerous factors that contribute to football’s great value and significance. When it comes to entertainment value, the game is excellent for both participants and spectators. Players are primarily motivated by their tremendous enthusiasm and drive to win championships, but viewers also enjoy cheering on their favourite teams, watching games with friends and family, and feeling delighted . Considering soccer from a financial view, football is also incredibly significant. Funds are raised through sponsorships, the sale of kits, tickets, and other items. Football is a sport that is both lucrative and interesting.