The Nigerian roads has been occupied with lots of commercial transport cars that are owned by various transport organizations. These companies buy vehicles to offer conveyance services to their customers who are keen on road transport. With more then 200 different road transport companies running the transportation business in Nigeria, it’s pertinent to identify which is the best. You will know this by accessing their individual services, vehicle dependability and the distance they cover. This article will give you an insight of the ten best transport companies in the country you can trust and are reliable to travel with. 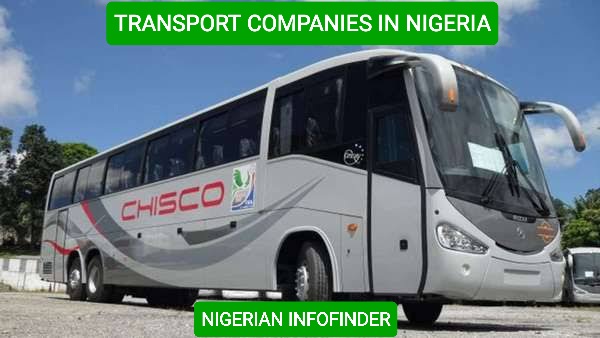 ABC Motors has been a long standing transport company in Nigeria. Since their introduction to the industry far back in 1993, the company has been leading the industry in the country. They are fully intent on turning out to be among the top transport organizations here.

They have an administrative center in Owerri, Imo State, and has their urban centres in the generality of states in Nigeria.

To show ABC Motors modern technology inclination, they have a versatile application which one can download and use for booking, or book on the ABC transport site.

GIGM is an acronym for God Is Good Motors, which was the latter was their former name. The transport company has its central headquarter in Benin City, Edo State. It has been operational since the year 1998 where it started.

Boarding one of GIGM vehicles will probably give you a great travel experience from start to finish. This transport company works in more than 10 states in Nigeria what cut across the six geo-political zones in the country.

They additionally offer booking services which is done on the internet through the company’s website.

Chisco Transport organization was set up in the year 1978 by Dr. Chidi Anyaegbu. They are a fast growing one and today have terminals in every one of the states in the country. They additionally offer booking services which is done on the internet through the company’s website.

Chisco transport company isn’t only limited to the country, but they have operational centers in Accra in Ghana and Lome in Togo. You can have their services in any top city in the country.

This is another top and best transport company in Nigeria. They are among the top ten on the country.

Established in 1972 by Dr. Chidi Amechi, the young shall groe has truly developed from a small transport outfit in the Eastern part of Nigeria to a large commercial transport organization. This is seen in the kind of services and the number of vehicles they have in their domain.

GUO Transport is one of the mainstream transport companies in Nigeria. It was established in the year 1980 and today the organization serves in excess of 200 urban locations across Nigeria and West Africa.

They have an head office at KM3, Badagary Expressway, Lagos, Nigeria. GUO, have various vehicles that are very functional in being used for conveyance.

The GUO, very much like other top transport companies, book tickets on the internet through their website. Their major outlets incorporate; Lagos, Abuja, Owerri, and Kano.

This is a top transport outfit in Nigeria. Established on the second of May 2001, they have its administrative center at 345, Muritala Mohammed way, Yaba, Lagos. This is a top notch auto company that operates in Nigeria and the ECOWAS sub-region. This organization offers transport services in the country at reasonable costs. It likewise offers good bus services to complement what customers give.

Peace Mass travel is a privately owned transport organization which was set up to meet the challenges of smooth road transport in the country. Chief Sam Maduka Onyishi established the transport company in 1995 and is now one of the best in the country.

This company started with two vehicles, however now they remain to claim nothing under 2000 operational cars which are seen in most of states in the country.

Also, Peace Mass Transit have up to 30,000 travelers on a daily basis. They havd about 2700 staff, both contract staff, and permanent staff. All of these good things positions them well in this list.

Bonny Motors is a transport company that was set up with the main goal to improve the issue of transportation in Nigeria by giving one of a kind customer centered endeavor support services to enhance their patronization.

As of now, the story has changed for the better. Bonny Motors have serviced more than 100,000 Nigerians all through the area of the country. They make a trip across Lagos to Abuja, Lagos to Kano and other eastern states like Anambra, Rivers and Imo.

Benue Links Nigeria Limited is a transport company that was set up in the year 1988. At the start, the company had just 10 vehicles, but right now they have up to 1000 different cars including the exquisite ones.

Benue Links company is a state-owned one and they haven’t limit their services in that case. They offer road transportation from Benue to major cities and towns in Nigeria.

The Akwa Ibom Transport Company is also in list as one of the main transportation companies in Nigeria. This is a once state-owned transport organization until Nsik Motors took over the company in 2005. Preceding that, Nsik Motors went into a concurrence with the previous administrators of AKTC to run the Uyo-Port Harcourt route only.

The Akwa Ibom Transport Company has a wide range of services for their trooping customers. They don’t just utilize routes in Akwa-Ibom yet they are in different states in the country.

That’s the view of the top ten best road transport companies in Nigeria. These organization provide transportation services all around the country. You are sure to see most of these companies in any Nigerian city and town. However, there are many other transportation companies as these are just the leading ones.