If you like Nigerian music, you’re probably used to listening to it, with rap being a big part of it. If we were talking about global rap, this would have been a lot easier because we all know Eminem, Busta Rhymes, and Twista. Rap God by Eminem is the fastest rap song, with 1,500 words in 6 minutes, making Eminem one of the fastest rappers in the world. 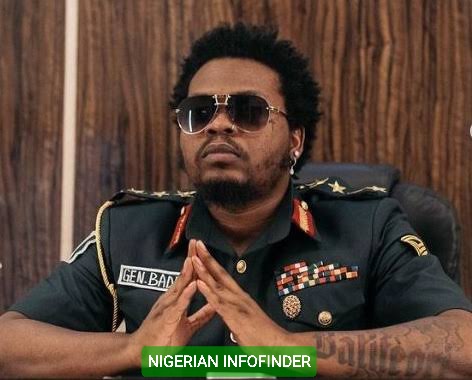 Returning to Nigeria, who are the fastest rappers in the music industry? See our picks below:

Olamide Adedeji, better known as Olamide came, saw, and is still conquering. It all started with Eni Duro in 2010, which received a lot of airplay. He is now the CEO of YBNL, a record label that has produced artists such as Adekunle Gold, Lil Kesh, Viktoh, Lyta, Chinko Ekun, and the rave of the moment, Fireboy DML.

He has received numerous local and international awards. As he stated in Eni Duro, Olamide “…can do it slowly, can do it faster in any weather.” He can rap and sing, and he has chart-topping hits in both genres. And when he decides to rap quickly, he’s unstoppable. Olamide is Nigeria’s fastest rapper.

Jude Abaga, also known as MI Abaga, is widely regarded as one of the greatest rappers in Nigerian music history. Jude, who was born on October 4th, 1981, has been gracing our playlists since 2008.

His ability to incorporate puns, slang, and insane wordplay into his rap lines makes him a rap king. MI has released four studio albums and five mixtapes over the course of his ten-year career. He has received numerous local and international honors.

His rap songs are usually slow-tempo, but when he decides to rap fast, he is a beast. He has won an incredible 18 global awards and has been nominated for 22 awards.

Vector, born Olanrewaju Ogunmefun, is the only Nigerian rapper who has been compared to MI Abaga. He rose to prominence in 2010 when he appeared alongside Naeto C, Sasha P, Da Grin, and GT Da Guitarman in General Pype’s star-studded hit, Champion.

He currently has three studio albums, two mixtapes, and two extended plays to his credit. When it comes to awards, he has a slew of them, including Headies’ lyricist of the year in 2012 and 2015.

Not to mention his record-breaking 2-hour+ freestyle on Cool FM, which is still being talked about today. His wordplay skills are unrivaled. He is the third fastest rapper in Nigeria, trailing only MI on the Top 10 Fastest Rappers in Nigeria for 2022.

Ice Prince Zamani is yet another fast rapper in Nigeria who has made a name for himself in the entertainment industry. To be honest, I’m not sure who I’d pick as the fastest rapper between M.I and Ice Prince. You’ll like these two rappers if you listen to their rap lines.

They’re both signed to Chocolate City and have a similar rap flow pattern. Ice Prince’s Oleku track and other songs demonstrate that he is one of Nigeria’s hottest and fastest rappers.

He came with fire, and you could tell he wasn’t there to play. Ghost Mode by Phyno and Olamide is still regarded as one of the best rap collaborations of all time.

Phyno, born Chibuzor Nelson Azubuike, began his musical career as a producer. He still raps, sings, and produces whenever he wants. He has collaborated with some of the game’s biggest names, both past and present, including Olamide, Wizkid, Ruggedman, Bracket, Davido, Timaya, J Martins, and Mr Raw.

He mostly raps in Igbo, with a little English thrown in for good measure. In fact, he is the current face of Igbo Rap music in Nigeria. Phyno has 28 MTV Africa Music Awards nominations and has won five of them.

Within a few years, he has progressed from an emerging artist to one of the country’s most popular and well-known artists.

He is M.I Abaga’s younger brother and one of Nigeria’s hottest and fastest rappers. Similar to his brother’s rapping style, his lyrics are always full of unique punchlines and delivered quickly and crisply, earning him a spot on our list. Maybe the talent runs in the family, or what do you think?

Illblis, also known as Oga Boss, is a Nigerian rapper with a lot of talent and impressive speed in his rap lines.

Despite being an Igbo, he frequently raps in English and is very fluent in it.

As his nickname implies, he is regarded as one of the best rappers in the music industry. He’s also one of the country’s fastest rappers.

Falz is also performing well in terms of rap speed. His rapping style is unrivaled. He is a comedian and actor, which explains why.

Falz is the son of one of Nigeria’s most well-known and wealthy lawyers, but despite finishing law school, he chose to pursue music rather than practice law. Falz is still a force in the game of rap music, as evidenced by his amusing intonation and accent.

Also a Yoruba rapper and well-known rap lord. CDQ’s rap style is distinct and timeless. If you’ve ever heard any of his rap songs, you’ll agree with me that he deserves to be in the top ten.

Be aware that there are many established and upcoming rappers who have extremely fast rap flows; the ten rappers listed above were simply fortunate to make the top ten list.