With the rise of Nigerian footballers playing abroad in Europe, it is no secret that Nigerians love to play football. This is evident in the millions of fans of top football clubs cheering for their various teams around the world. The extraordinary football talent that Nigeria has always produced, has led to an increase in the weekly salaries of Nigerian footballers around the world in recent years as more incredible young players have emerged. We have looked over all of the best leagues in Europe, including the English Premier League, Spanish La Liga, Italian Serie A, French Ligue 1, and German Bundesliga to identify the highest-paid footballers from Nigeria. 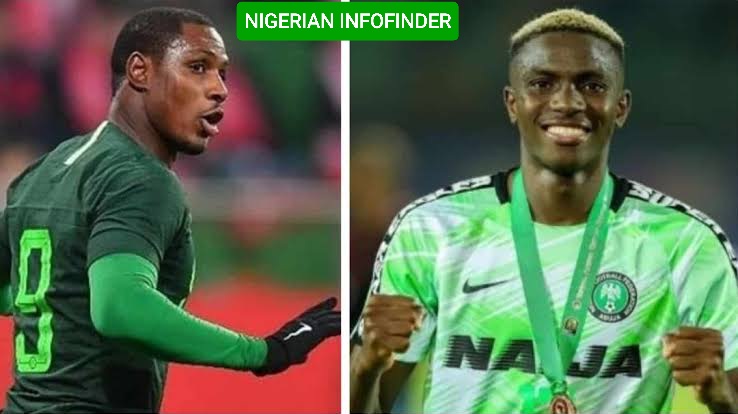 The massive salaries being paid to Nigerian footballers are not shocking given the importance of the players on those teams. In addition to their hefty salaries, Nigerian football players are transferred for enormous sums of money. Victor Oshimen joined Napoli from Lille in the summer of 2020 for a reported $80 million plus add-on, making him the most expensive African player in history. There is hardly a prominent European league without a high-caliber Nigerian football player making enormous salaries. The fact that the national team is now loaded with great talent is encouraging for the future of the Super Eagles.

Nigeria is home to some of the best footballers in the world, and many of them have made a name for themselves both on and off the pitch. These players have not only made a name for themselves in the country, but they have also in the world of football. In this article, we will take a look at the highest paid Nigerian footballers and their salaries in their respective football clubs.

Here is the list of the highest paid Nigerian footballers in the world right now.

One of the most well-known footballers from Nigeria is Odion Ighalo. After joining the club on loan from the Chinese team Shanghai Shenhua in January 2020, the striker made history by becoming the first Nigerian to represent his country on the international stage. At the conclusion of his loan, Odion Ighalo returned to Shanghai Shenhua having scored five goals in 23 games.

In 2021, the Nigerian international moved from Shanghai Shenhua of the Chinese Super League to Al Shabab in Saudi Arabia. Ighalo played 19 times for Shanghai Shenhua and netted 10 league goals. Odion made his professional debut in 2005 before moving to Europe in 2008 and signing with Udinese. In 90 appearances for Watford over the 2014–15 season, the Nigerian international scored 36 league goals.

At the 2018 World Cup, Odion Ighalo represented the Super Eagles. With seven goals at 2019’s Africa Cup of Nations, the Nigerian international owns the record for the most goals ever scored in a single tournament.

In Al Shabab, Ighalo made $170,000 each week. After the AFCON 2021, Odion Ighalo joins Al-Hilal, another Saudi football team. Though his starting striker position will undoubtedly remain the same, his next club’s pay is yet unknown.

Victor is one of Nigeria’s highest paid footballer and Europe’s top strikers. The Nigerian international, has been brilliant for Italian club Napoli this season. Victor Osimhen joined Napoli from Lille for around $80 million in the winter transfer of 2020, making him the most expensive African striker in history.

The Napoli striker has more than 50 appearances for the Italian team and has over 30 goals. Osimhen had a remarkable ascent to fame considering that malaria prevented him from initially joining either Zulte Waregem or Club Brugge. The Nigerian under-17 team that won the 2015 FIFA U-17 World Cup included Victor. With 10 goals in the competition, the Nigerian international took home the Golden Boot. Throughout the competition, he was also given the Silver Ball prize.

Osimhen was left off the World Cup roster for 2018. In 2017, he made his national team debut. The Nigerian international has excelled after being named to the Super Eagle team for the 2019 Africa Cup of Nations. Victor now makes $110,000 a week playing for Napoli.

One of the top defensive midfielders in the English Premier League (EPL) right now is Wilfred Ndidi. The $20 million winter 2017 transfer from Genk to Leicester City saw the outstanding performance of the Nigerian international. Since joining the team, Ndidi has made 196 appearances and scored 10 goals.

138 Premier League tackles were won by the Nigerian international during the 2017–18 campaign. In the next season of 2018–19, he also won the most tackles in the league. The team that overcame Chelsea by a goal to nil to win the 2020–21 FA Cup featured Wilfred Ndidi as a key member.

Nigeria was represented at the 2016 Summer Olympics by Ndidi. He was included in the World Cup roster for 2018 despite their group stage elimination. Ndidi also competed for the Super Eagles in the Africa Cup of Nations in 2019 and 2021. He has 47 national team appearances for Nigeria.

After a great performance at the 2013 FIFA U-17 World Cup, Nigerian Striker, Kelechi Iheanacho, gained popularity. As the Super Eagles won the competition, the Nigerian international was given the Golden Ball accolade. Iheanacho won the Silver Boot for his prolific six goals effort during the competition.

The year 2015 saw Kelechi Iheanacho join Manchester City. Iheanacho won the English Football League Cup while playing 64 times for Manchester City and scoring 21 goals. In the summer of 2017, the Nigerian international signed a contract with Leicester City for around $30 million. Iheanacho had a fantastic season in 2020–21, scoring 12 goals in the Premier League, which was more than his 8.20 predicted goals.

Nigeria was represented at the 2018 World Cup by Iheanacho. The Super Eagles were also represented by the Leicester City striker at the 2021 Africa Cup of Nations. Iheanacho has more than 42 caps for the national team and 12 goals.

In 2004, Alex Iwobi joined the Arsenal youth team where he began his club career. In 2015, against Sheffield Wednesday, the Nigerian international made his senior appearance for Arsenal.

Iwobi spent 4 seasons with the senior team, making over 149 appearances for Arsenal during which time he scored 15 goals. The Nigerian international paid around $45 million to transfer from Arsenal to Everton in the summer of 2019. With the Gunners, Iwobi won the FA Cup and two Community Shields. In 80 appearances for Everton, the Nigerian international has six goals to his credit.

Despite beginning as a young international for England, Alex earned his debut for Nigeria in 2015. In 53 games for the Super Eagles, the Everton player has nine goals. In order to guarantee the Super Eagles’ place in the 2018 World Cup, Iwobi scored the game-winning goal against Zambia. He participated in the World Cup of 2018, which saw Nigeria eliminated in the group stage.

WHICH FOOTBALLER FROM NIGERIA EARNS THE MOST SALARY ABROAD?

The highest-paid football player from Nigeria is Odion Ighalo. Ighalo, who was being paid $402,000 at Shanghai Shenhua, joined Al Shabab in January 2020. He also  he first Nigerian player to play for Manchester United who accepted a wage reduction and received $200,000 to sign a loan agreement with the team. The Nigerian international’s pay at Al Shabab was $170,000, and he is expected to receive a similar sum when he joins Al-Hilal in Saudi Arabia after the AFCON 2021.

WHICH FOOTBALLER IS THE RICHEST IN NIGERIA AND HAS THE MOST MONEY?

With a net worth of over $57 million, John Obi Mikel is the wealthiest football player in Nigeria. One of the finest players in Nigerian history is the international player. Mike Obi achieved success while competing in the Premier League with Chelsea. He played for Chelsea for 11 seasons, making 372 appearances while there, scoring six goals. During his time at Chelsea, Mikel won the Premier League twice, the UEFA Champions League once, the UEFA Europa League once, three FA Cups, one English Football League Cup, and one FA Community Shield. Mikel Obi’s contract with Kuwait SC was cancelled just four months after he joined the team. He has finally resigned from playing football both at club level and for the Super Eagles.