With the available number of primary schools in Lagos today, you might want to know which was the first ever primary school established in Lagos state. In contemplating this fact, it is important to note that education those days as compared to now has changed significantly. In any case, the oldest primary school in Nigeria was situated in Lagos, precisely in Badagry, which is a coastal town that known to have harbored slaves in the colonial times. This write-up will provide the history of the first primary school in Lagos, Nigeria. 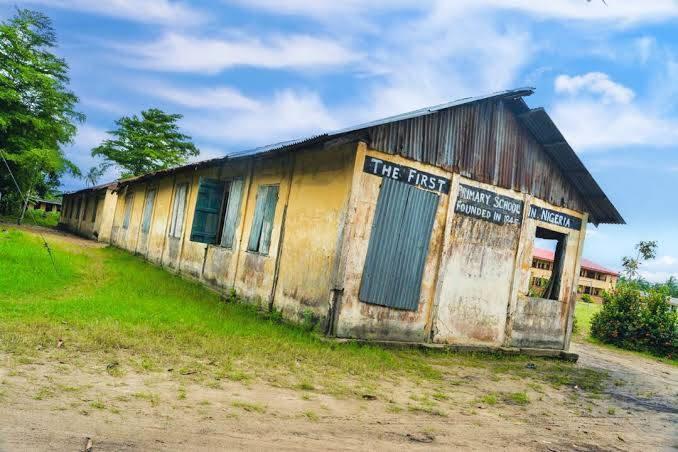 HISTORY OF THE FIRST PRIMARY SCHOOL IN LAGOS STATE

Looking at how this primary school came into existence, it’s definite that there was no formal education here. The school came to existence prior to the coming of Christianity and during the colonial period. What also promoted the existence of the primary school was that there was a language hindrance between local people and the colonial foreigners. This frequently prompted trouble in understanding what the other party was saying and because of the language obstruction, there were regular misunderstandings between the foreigners and local people. To at last stop this, the foremost primary school in Lagos, Nigeria was set up to mitigate and solve the situation.

Following the introduction of Christianity in Nigeria, the oldest primary school in Lagos, Nigeria was established in the year 1843. The school was set up by foreign missionaries in the town of Badagry in the present day Lagos State. Initially, the school was named the Nursery of Infant Church which was subsequently renamed as St. Thomas Anglican Nursery and primary school by Rev. Golmer of the Church Missionary Society (CMS). It’s interesting to note that the first primary school was started at the site of the first storey building in Nigeria. The school began at the location  and was subsequently moved to its present location at Topo Badagry. The relics of the old structure actually stand to date.

After the establishment of the first primary school in Lagos, this gave space for other primary schools to be set up in the state. The Anglican and the Baptist Churches have remained at the cutting edge of improving education in the country by setting up schools in many areas in Nigeria.

Looking more on the historical backdrop of the first primary school in the country, there are other interesting facts. In 1843, preachers from the Wesleyan Mission (Methodist Church) sited the country’s first church, in this coastal town – Badagry, that is at fringe with Seme. The school classrooms were worked to oblige around 30 pupils each and contain a square of a few different study halls. Ever since the first primary school was established, it has brought out a huge number of students over more than 100 years and the relics of the structure are as yet remaining till date.

A peek at the current state of the school, it is deviating from what the picture shows. The relics of the old Badagry school are the same as it was till today and however the main school has been upgraded into an improved  two-storey building. Nonetheless, reviews of the current situation of the school shows that the site improvement isn’t worth attributing as the premier primary school in Lagos, Nigeria.

ABOUT THE SCHOOL TOWN – BADAGRY

Being an ancient historical town now city in Lagos, it hosted the premier primary school in the country. The notable town having gotten popular for being the site for the principal elementary school in Nigeria, was established in the mid fifteenth century by a rancher called “Agbedeh”. It was alternatively called “Agedagari” by the Yoruba settlers in view of the difficult idea of the town. The name was subsequently changed to “Badagry” by European Slave Traders who eventually become the philosophy for the establishment of the town and the country’s first primary school.

It should interest you to take note that Christianity was first preached in Badagry, at the location known as “Agia Tree” and the message was conveyed by Reverend Birch Freeman. Moreover, Badagry town also has an historic site known as the ‘point of no return.’ This was the exit port for exporting slaves from the country. Another of this structure is located in Ikot Abasi in Akwa Ibom state. Sadly, this port turned into a port for slave exchanges and the fare of slaves. Badagry in the wake of being added by the Government of the United Kingdom got fused into Lagos, till today.

There are also so numerous tourist destinations in Badagry and it holds a great deal of Nigerian historical sites. Other tourist attractions in Badagry town and close to the first primary school in Nigeria includes; The Agia Tree Monument, The Slave market, The Attenuation Well, Mobee Museum, The Seriki Abbass Museum, and the Whispering Palms.

The question of “which is the first primary school in Lagos state and where is the school located as of now?” has been a quite recurring question by some people. In our bid to give an answer to this query, we come up with this piece. Nonetheless, the first and initial elementary school in Nigeria was Bishop Crowther LGA Primary School and it was established in Badagry, Lagos. The town is an ancient historical town in Lagos and it has a spot throughout the entire existence of Nigeria since it is situated along the Atlantic Coast. However, there is right now no record of the oldest primary school in Nigeria as this school just exists in the sand of times and in ancient memories of their regarded founders.