A essential component of every business in society has always been a means of exchange. The term “trade by barter” originated when trade was conducted merely by trading the goods. To facilitate trade, units of value had to be established as society advanced. Cowries and manilas were used as payment as a result. Did you ever pause to wonder when Nigeria started utilizing the naira and kobo the last time you held one? The history of the nation’s money will be examined in this article. 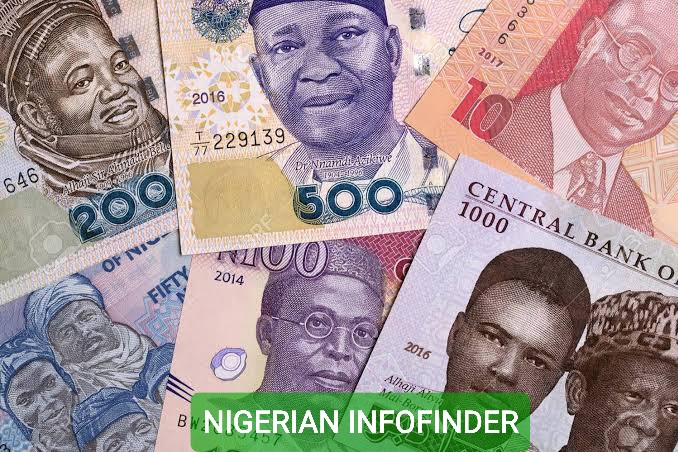 WHEN DID NIGERIA FIRST USE KOBO AND NAIRA?

Nigeria’s own national currency was introduced by the Central Bank of Nigeria on January 1st, 1973, during the General Yakubu Gowon military administration.

This happened after the West African Currency Board withdrew its issued pounds sterling. The Naira and kobo divisions of the new currency were represented by the symbols for the naira, k for the kobo, and NGN for the code. One naira (1) was equal to 100 kobo.

When Nigeria removed the West African Currency Board notes, the majority of their former colonial nations had previously done the same as a symbol of their independence and sovereignty. The exchange rate at that time was two naira (₦2) to one pound (1 P).

Coins and notes comprised the legal money that had just been issued. While 1/2k, 1k, 5k, 10k, and 25k were coins, there was only one note worth 1. Even though they have all since faded

The yearning for complete independence from past colonial masters gave rise to the idea for an indigenous currency. The public was asked on numerous occasions for suggestions regarding the name to be given to the native currency, so the government did not act alone. The ‘Naira’ and ‘kobo’ were ultimately chosen from a list of recommendations that also included ‘Nira’.

The coins and notes featured images of nationalists who are credited with leading uprisings for the nation’s independence. Since then, the denominations have increased, with ₦1000 being the biggest at the moment.

HISTORY OF NAIRA AND KOBO IN NIGERIA

Obafemi Awolowo used the word “Nigeria” as the inspiration for the name “Naira.” The Nigerian pound was replaced by the naira on January 1st, 1973, at a rate of £1 = 2 naira. The new currency’s coins marked Nigeria’s first coinage under independent rule. Then, in 1959, the colonial authority of the Federation of Nigeria produced all circulating coins of the Nigerian pound with Queen Elizabeth II’s name on the obverse. Nigeria was the last nation in the world to switch from the £sd to a decimal currency system as a result of this. In 2008, there was a government proposal to redenominate the naira at a 100:1 ratio; however, the proposal was shelved. The symbol for money is U+20A6 NAIRA SIGN.

According to the Central Bank of Nigeria, they made an effort to keep the yearly inflation rate around 10%. The CBN raised its benchmark interest rate six times in 2011, from 6.25 percent to 12 percent. In order to lessen the impact of inflation brought on by the elimination of gasoline subsidies, the CBN chose to keep the key interest rate at 12 percent as of January 31, 2012.

The naira was permitted to float as of 20 June 2016 after being fixed at 197 to 1 US dollar for a while. The natural range of the naira, according to traders, would be between 280 and 350 to the dollar.

The official debut of Nigeria’s digital version of the national currency, the eNaira, is scheduled for October 2021.

Nigerian coins, also referred to as “kobo,” have existed since the colonial era. Coins were first introduced in 1973 in the following values: 1, 2, 5, 10, and 25 kobo. The lower denominations in cupro-nickel and the ½ and 1 kobo in bronze. Only that year did the ½ kobo coins become available. Nickel-plated steel 50 kobo and one yen coins were released in 1991, along with smaller 1, 10, and 25 kobo coins in copper plating. New coins in the 50 kobo, 1 and 2, and 1 and 2 bimetallic denominations were released on February 28, 2007. Concerns were raised by several Nigerians regarding the utility of the 2 coin. The previous money has to be exchanged by the 31st of May 2007.

According to the central bank, the ½ to 25 kobo coins were taken out of circulation on February 28, 2007.

To deter counterfeiting, there is a thin, glossy strip running down the back of the ₦1,000 notes. The front of the note includes a shimmering gold strip that reads “1,000” and a triangle form in the center that, when tilted, changes from green to blue.

Zuma Rock was labeled as being in the Federal Capital Territory on the first prints of the ₦100 notes that were released beginning on December 1, 1999, however it is actually located in Niger State. Later printings deleted the mention of FCT in Abuja.

The Central Bank of Nigeria was thinking about introducing new 5,000-naira bills in 2012. The bank also developed plans to turn current notes worth ₦5, ₦10, ₦20, and ₦50 into coins.

To commemorate Nigeria’s 100th year of existence, the Central Bank of Nigeria released a commemorative note for 100 Naira on November 12, 2014.

We all aware that the formal currencies of Nigeria are the naira and the kobo, and no other money is recognized as legal tender in Nigeria. This article was created as a result. You were on the right website if you wanted to learn all the specifics of when Nigeria started using the Naira and kobo. The article’s main goal is to inform you in-depth on the beginnings of the Naira and kobo in Nigeria.