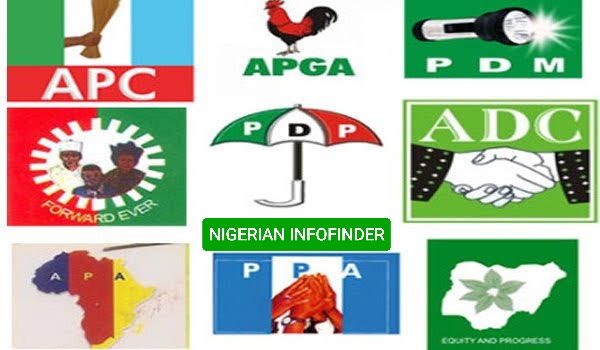 OVERVIEW OF POLITICAL PARTIES IN NIGERIA

Nigeria as a country has had several political parties since the days of the First Republic. This is the exception of the Third Republic, when there were only two political parties. Over through the years, the figure has fluctuated. They have never been as numerous as they are now.

This implies that now is as better time as any to develop an understanding of every one of Nigeria’s political parties, as well as the identities of their executives. Nevertheless, before you learn about the wide range of political parties in Nigeria and their names, there are several other things you should know.

WHAT WERE THE INITIAL POLITICAL PARTIES IN NIGERIA?

Let’s look at the history of the political parties in Nigeria. One of the very first Nigeria political parties was the Nigerian National Democratic Party (NNDP). Herbert Macaulay founded it in 1923. Its main objective was to nominate candidates for the legislative council.

Its goals grew in scope over time. The party began supporting democracy in Nigeria and growing its participation in the country’s social, economic, and educational growth. It ruled politics until 1938, when the Nigerian Youth Movement took over.

HOW MANY DIFFERENT POLITICAL PARTIES ARE THERE IN NIGERIA?

Surprisingly, the increase can be linked to the fact that many formations attempt to address people’s difficulties by having a chance to influence change on a national level. As a result, it is critical to become acquainted with the names of Nigerian political parties as well as their platforms.

The obligation of signing up all political parties in Nigeria falls to the Independent National Electoral Commission (INEC). In Nigeria, election seasons are frequently tumultuous, with competitive rivalry from many political groups. During this time, there are several campaigns and recruitment efforts to join these political parties.

Nigerian politics has developed over time, with the emergence of new political parties, each of which has set of supporters. Nigeria now has more than 50 registered political parties. Each one of these groups has its own distinct logo that can be used to distinguish them. This is critical, particularly during elections, because the logo can serve as a way of identification for political parties among illiterate voters.

FULL LIST OF ALL REGISTERED POLITICAL PARTIES IN NIGERIA (2022)

Let’s go over the Political Parties in Nigeria in an alphabetical order. The following is a complete list of Nigeria’s registered political parties.