The list of all functional refineries in Nigeria, along with their locations, are covered in detail in this article. Our nation is blessed with an abundance of mineral resources, the most significant of which is crude oil, which acts as the main driver of the economy of the country. 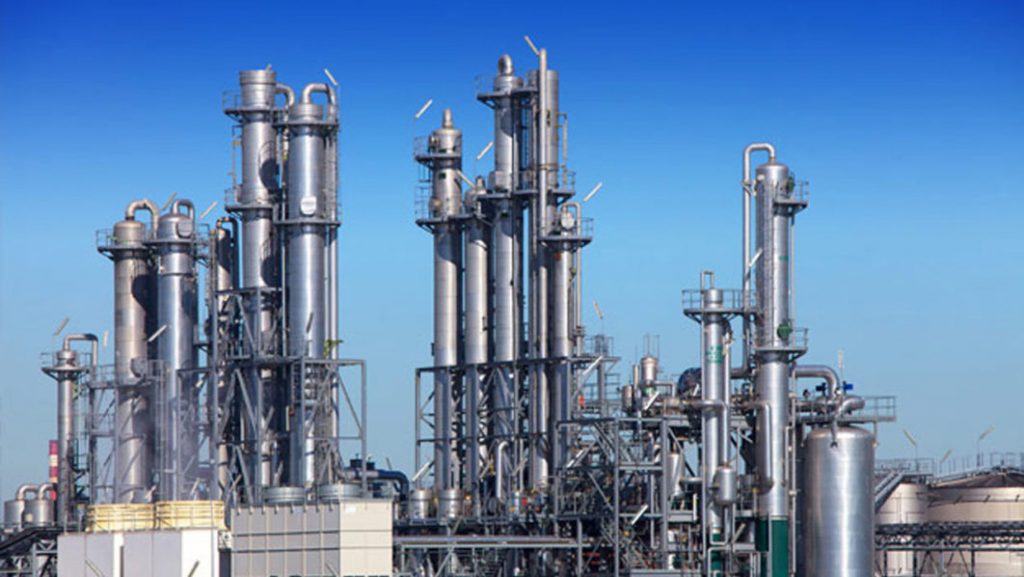 Nigeria is the thirteenth (13rd) largest crude oil producer in the world and the largest producer in Africa, so the nation has a lot of refineries where crude oil is refined and transformed into useful products like Premium Motor Spirit (PMS), also known as gasoline, Automotive Gas Oil (AGO), also known as diesel, Dual Purpose Kerosene (DPK), also known as kerosene, and other useful petroleum and petrochemical products.

The significant majority of Nigeria’s crude oil is produced in the Niger-Delta States, which are primarily found in the South-East and South-South geopolitical zones of the nation. Despite their small number, these oil-producing states contribute a considerable portion of Nigeria’s income, making them some of the richest states in the nation at the moment.

FULL LIST OF ALL PETROLEUM REFINERIES IN NIGERIA AND THEIR LOCATIONS

According to the Department of Petroleum Resources, Nigeria currently has five operational refineries (DPR). The Nigerian National Petroleum Corporation (NNPC), which controls four of these facilities, and Niger Delta Petroleum Resources, which controls the fifth refinery, are both owned and run by the Federal Government of Nigeria (NDPR). Two of the refining facilities, KRPC and WRPC, include petrochemical complexes that utilise their refinery intermediates to produce petrochemical precursors, which are employed in the production of petrochemical intermediates, in addition to the one fully-fledged petrochemical plant. Let’s examine the petroleum refineries that are operational in Nigeria and their locations without further ado.

With an estimated capacity of 100,000 barrels per stream day when it was built in 1978, the Warri refinery was debottlenecked to 125,000 barrels per stream day in 1987. The Warri Refining & Petrochemicals Company (WRPC) Limited, a NNPC subsidiary, runs the refinery, which is situated at Ekpan, Warri, DeltaState. The refinery was built as a sophisticated conversion facility that could transform crude oils from Escravos and Ughelli into liquefied petroleum gas (LPG), premium motor spirit (PMS), dual purpose kerosene (DPK), automotive gas oil (AGO), and fuel oil. A series of petrochemical plants owned by WRPC generates decant oil from the Fluid Catalytic Cracking unit, Polyproylene, and carbon black from feedstock that is high in propylene (FCCU).

The Kaduna refinery, which is situated in Kaduna, Kaduna state, has an estimated refining capacity of 110,000 barrels per day. The facility, which has a complicated conversion design, is administered by Kaduna Refining and Petrochemicals (KRPC) Limited, a division of the Nigerian National Petroleum Corporation (NNPC). The KRPC has a fuels plant that was put into operation in 1983 and a 30,000 MT per year petrochemical plant that was built in 1988. The refinery includes two (2) distillation units that produce fuel from Escravos and Ughelli crude oils as well as lubricant base oil, asphalt, and waxes from imported heavy crude oil. Liquefied petroleum gas (LPG), Premium Motor Spirit (PMS), Household Kerosene (HHK), Aviation Turbine Kerosene (ATK), Automotive Gas Oil (AGO), and Fuel Oil are among the products purchased from KRPC. Linear Alkyl Benzene is produced in the petrochemical facility (LAB).

The 1,000 barrels per day NDPR refinery is situated in Ogbelle, Rivers State. The facility is designed to produce diesel for internal use, and any extra is sold to the neighborhood. The Niger Delta Exploration and Production (NDEP) Company, an upstream affiliate, runs a flow station within its marginal field from which the plant receives crude oil.

As the Core Investors, Indorama purchased the Eleme Petrochemicals Company Limited (EPCL), formerly known as the Indorama Eleme Petrochemicals Company Limited (IEPL), from the NNPC in 2006 as part of the privatization program. The complex, which is in Eleme, Rivers State, processes natural gas liquids (NGL) from the Nigerian Agip Oil Company (NAOC) and propylene-rich feed from the Port Harcourt refinery to produce a variety of polyethylene and polypropylene products, has butene-1 production capacity of 22,000 tonnes per annum (TPA), polyethylene production capacity of 270,000 TPA, and polypropylene production capacity of 80,000 TPA. Through careful management, IEPL restored the previously underutilized plant, stabilized petrochemical production over time, and is now poised to expand the plant complex.

Also note that there are other private refineries that were issued licenses to operate by the Department of Petroleum Resources (DPR).