The Lagos State Traffic Management Authority’s (LASTMA) objective is to promote a culture of traffic regulation, control, and management throughout the state, as well as to ensure smooth traffic flow on Lagos roadways. Employees of the Lagos State Traffic Agency are expected to act with the utmost professionalism and honesty, ensuring that their power is properly executed. If you are unsatisfied or apprehensive about your encounters with any LASTMA official, you have the right to file a complaint. 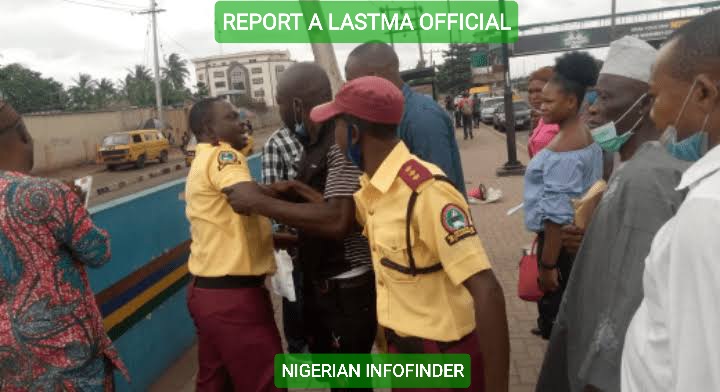 Furthermore, you should register a complaint with the relevant LASTMA authority if you feel your vehicle was detained inappropriately by LASTMA authorities or if you have been mistreated by any of these government traffic police (s).

This article describes how to report a LASTMA official and provides contact information for filing a complaint. We also included their responsibilities so you’d know when they’re exploiting you.

What really is LASTMA, and what does he stand for? The Lagos State Traffic Management Authority (LASTMA) was established to protect law-abiding road users while also guaranteeing that individuals who break any of the authority’s laws face the consequences of their actions. Everyone can learn to efficiently manage their time in this manner.

Whereas the commission has the right to impose some obligations on motorists, it is not meant to allow agents to harass, intimidate, exploit, or transform any Lagos resident or stakeholder into a lawbreaker by demanding bribes or other unethical demands.

CAN I BE ARRESTED BY A LAGOS STATE TRAFFIC OFFICER?

A lot of people often come up with the question of whether it is Possible for a LASTMA Officer to Arrest someone.

Yeah of course, LASTMA police, like other traffic enforcement agencies, have the legal authority to make arrests for traffic infractions. To prevent being arrested, you must follow the law so that you can challenge the charge by requesting a court hearing. You must pay a summary fine or they must pay damages if you are found guilty and therefore unable to justify yourself.

You ought to be aware that LASTMA officers only have the authority to arrest rather than detain someone. If you are arrested by a cop and the charge looks to be unreasonable, the cop can do one of the following:

WHAT KIND OF INFORMATION WILL BE REQUIRED TO GIVE A COMPLAINT?

When filing a complaint, you should include as much information as possible to help the Authority take appropriate action. You should strive to incorporate the following information:

Another piece of information is what you expect the LASTMA agency to do in response to your issue, as well as any other pertinent information.

HOW TO FILE A COMPLAINT AGAINST A LASTMA OFFICIAL

What is the process for registering a complaint against a member of the LASTMA?

If you want to communicate your dissatisfaction with a LASTMA official’s conduct or activity while performing his or her duties, follow these steps:

If you are correct or innocent, you will obtain a suitable response. If there are any damages, that officer may lose his position and have to pay for them.

NUMBER TO CALL TO REPORT A LASTMA OFFICER

You can submit a complaint against a LASTMA officer by calling the following number for general issues and a prompt response.

As you’ve seen, when there are witnesses, the rules are easy. As a matter of fact, do not feel inclined to report any instances of LASTMA officer extortion. This would serve as a deterrent to the LASTMA officers’ blatant deception and intimidation.

Making a false complaint or providing false or misrepresenting information during the investigation of a complaint is illegal under section 118 of the Criminal Code. This can result in a sentence of up to 14 years in jail.

Falsely accusing someone of a crime is also a criminal under Nigerian law, punishable by up to fourteen years in jail under Section 118 of the Criminal Code.

The following is taken from Section 118 of the Criminal Code: “Perjury is punishable by a fourteen-year sentence of imprisonment. If the criminal performs the crime in order to obtain the conviction of another person for a crime punishable by death or life imprisonment, he will be sentenced to life in prison.”