Everyone knows that politics is the quickest way to make money in Nigeria; once you get into the corridors of power in Nigeria, your bank account will skyrocket. 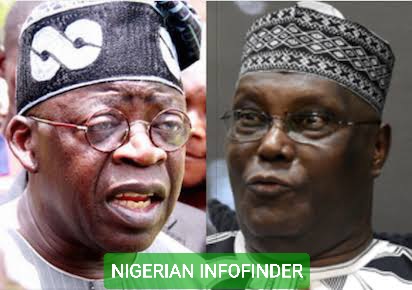 It is also common knowledge that Nigeria has arguably the wealthiest set of politicians in the world – they are the highest-paid public officers, with Nigerian Senators earning the highest salary in the world, for example. This is primarily due to corruption, which is a major issue in Nigeria’s political system.

Below is the list of the Nigeria’s richest politicians and their net worth today:

From May 1999 to 2007, Tinubu was the governor of Lagos State for two terms. He is also the National Leader of the All Progressives Congress, Nigeria’s largest political party (APC).

Apart from being the National Leader of the All Progressives Congress, Bola Tinubu is also known to be the owner of Oando PLC, Nigeria’s largest oil-producing company with a revenue of $449 million.

Bola Tinubu’s landed properties in Nigeria are worth more than 120 billion Naira, including a 5-billion-Naira mansion on Bourdillon Drive in Ikoyi, Lagos. He owns a G-Wagon worth $600 million, two other Mercedes Benzes, a Lexus LX 550, a Range Rover, and other unspecified luxury vehicles.

Not to mention his $60 million Bombardier Global Express XRS, which is likely not his only plane.

General Ibrahim Badamasi Babangida is worth $5 billion, or approximately 2.5 trillion Naira. He was also once the country’s wealthiest politician.

His wealth did not begin with politics; he is a hardworking businessman who built a fortune for himself before deciding to serve Nigeria. According to reports, he made his first million at the age of nineteen.

He is a Nigerian politician and one of the wealthiest people in the country. He is involved in a variety of businesses. He is involved in commerce, spare parts, oil and gas, transportation, real estate, and most recently, the soccer team Ifeanyi Ubah FC, which he purchased and renamed.

He also serves as the CEO of Capital Oil and Gas Limited. His net worth is estimated to be $1.7 billion at the moment.

He is one of Nigeria’s wealthiest politicians and a politician from Ogun State. He owns Otta Farms, as well as a number of other businesses and assets across the country. He is also said to be the owner of oil blocks and economic interests in other countries.

Atiku Abubakar is one of Nigeria’s most well-known Vice Presidents in the country’s democratic history. He served as the country’s 11th Vice President under former President Olusegun Obasanjo from 1999 to 2007. He is a Nigerian politician, businessman, and former customs officer.

While working for Nigerian Customs, he established the logistics firm Nigeria Container Service (INTELS). Aside from INTELS, Atiku Abubakar owns a number of businesses in Nigeria, including beverage, media, education, and others.

Atiku was born on November 25, 1946, in Adamawa State. He is married four times and has 28 children.

Rochas Okorocha was the governor of Imo State in Nigeria’s south-east for two terms. He, like Ifeanyi Ubah, was a successful businessman before entering politics. He is the founder of the Rochas Foundation, a non-profit organization that builds colleges for underprivileged children.

Another governorship candidate claimed he owned three private jets a few years ago, but Rochas claims he only owns two, which he purchased before becoming governor. One of his private planes, the LearJet 45, is valued at N700 million.

Uzor Kalu, like a few others on this list, owns a number of businesses. He currently serves as the chairman of SLOK Holding and two influential newspapers, the New Telegraph and the Daily Sun. He owns a stake in Enyimba FC of Aba, a very successful CAF club. The club was the first Nigerian club to win the top prize in the African flagship club competition.

Although it is not specified, Uzor Kalu owns several mansions in high-ranking Nigerian locations. One notable example is Camp Neya, which is located in his hometown of Abia State. He also has a residence in Maryland, USA.

Ahmadu Adamu Mu’Azu was the former governor of Bauchi State and the chairman of the Peoples Democratic Party (PDP). He was also the property manager for Bauchi State Investment and Property Development Company. His net worth is estimated to be $895 million, placing him among Nigeria’s top ten wealthiest politicians.

Mu’Azu owns a Lexus LX570, a Range Rover Discovery, and a Toyota Sequoia, among other luxury vehicles.

Dino Melaye is a Nigerian politician who is one of the country’s wealthiest. Dino Melaye is a self-proclaimed car nut who enjoys flaunting his wealth, so it’s easy to get a glimpse of his lavish lifestyle.

Rotimi Amaechi was the director general of President Muhammadu Buhari’s reelection campaign in early 2019. Rotimi Amaechi owns a Mercedes-Maybach Vision 6, a Mercedes Amg G63, a Mercedes S550, a Land Rover Discovery, and a Lexus LX 570, among other expensive vehicles.

Nigeria is a country blessed with politicians who do not rely solely on the money they receive from politics, but also have a number of businesses that they run in addition to their political careers.