The Yoruba film industry is presently one of the more prominent movie industries in Nigeria. They are endowed with talented actors that have achieved success in the industry. In the film industry, people like Odunlade Adekola, Kunle Afolayan, and Jide Kosoko have so far amassed significant wealth. They have received several honors and acclaim for their acting abilities in Yoruba movies in addition to money. 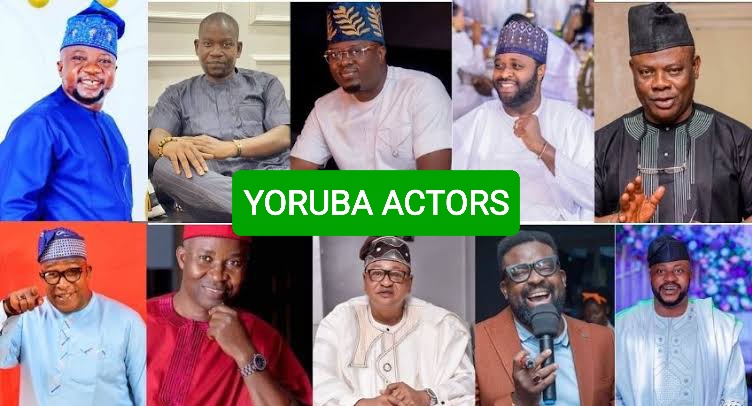 Who are Nigeria’s highest-paid Yoruba actors at the moment? I’ll share with you the top-earning Yoruba actors in Nigeria right now in this article.

The top Yoruba actors who have made significant financial gains from the entertainment industry are listed below.

Odunlade Adekola is listed first among the best Yoruba actors on our list. He is one of Nigeria’s wealthiest Yoruba actors. He is a gifted actor, movie producer, singer, and one of the top Yoruba industry performers.

The actor is from Ekiti State but was born and raised in Ogun State. His primary and secondary studies were completed in the state. Adekola went on to complete his undergraduate studies in business administration at Lagos State University, where he received his degree.

This list of the top Yoruba actors in Nigeria must include the name Kunle Afolayan. He is one of the Yoruba actors who has earned handsome money through acting. Kunle first gained attention when he made an appearance in the film “Phone Swap.”

Although this Yoruba actor’s parents were from Kwara State, he was born in Lagos State. He finished his elementary schooling in Lagos before moving on to the university.

Kunle entered the film profession after earning his degree in economics, and today he is one of Nigeria’s wealthiest Yoruba actors.

Who hasn’t heard of Jide Kosoko? He is one of Nigeria’s most well-known Yoruba actors. Without Jide Kosoko, the Yoruba industry’s legacy would never be shared.

The renowned actor attended primary and high schools in Lagos State, where he was raised in a royal family. He also holds a Business Administration degree from Lagos’ Yaba College of Technology. Jide Kosoko gained popularity thanks to his role in Asiri Nla.

Femi Adebayo is a living legend in the Yoruba film industry. He is also one of Nigeria’s wealthiest Yoruba actors. Although Femi was born and reared in Lagos State, he is a native of Kwara State.

The University of Ilorin has awarded the Yoruba actor a degree and a master’s in law. His acting career started quite early in life.

Femi is a well-known actor best remembered for his role in the 1996 film “Owo Blow.” In addition to performing, he works as a special consultant to the governor. Femi Adebayo is indeed one of the highest earning Yoruba Actors In Nigeria.

Afeez Abiodun is among the best Yoruba Actor in Nigeria. He was born in Oyo State, where he received the majority of his education. The 47-year-old actor gained popularity in 2000 for his skills and roles in “Abusi Edumare.” Mide Martins is a well-known actress in the business, and she is coupled to Afeez Abiodun.

Mutuwa Ademola is yet another highest earning Yoruba actors in Nigeria. The actor is from Ogun State and is most known for his role in “Ogo Osupa.” He attended Ibadan for his elementary and secondary education. Muyiwa has an education degree from the University of Ibadan as well.

Adewala Akorede is a well-known producer, screenwriter, and actor who is most recognized for his comedic parts in movies. Adewala, who was raised in Ibadan, attended The Polytechnic Of Ibadan to study fine art.

Adewala started performing about 1982, and over his career, he has established a name for himself. The actor is one of the wealthiest in the business.

Olaniyi Mikhail Afonja, popularly known by his stage name Sanyeri, is a talented humorous actor in the movie business. Sanyeri is a native of Oyo State; he attended St. Michael Primary School before completing his senior school there.

The actor began performing in 1992, and as of 2021, he had appeared in more than 100 movies with Yoruba as a spoken language. He is one of the wealthiest and highest paid actors in the business.

Yinka Quadri is an actor and producer who has a wealth of professional experience. He is one of Nigeria’s most wealthy Yoruba actors right now.

The seasoned actor was raised in Kwara State’s Igbominasi, a little local government. He was brought up in Lagos State by his uncle. Yinka Quadri has achieved tremendous success thus far in the field.

Oga Bello is last but certainly not least on our list of the best Yoruba actors. He is a well-known actor in Nigeria and goes by the name Adebayo Salami. In the Yoruba film business, he enjoys popularity. He is a gifted actor and producer best known for his Comedy Half Hour playing performances.

Who the wealthiest Yoruba artists and actresses are, is a constant topic of conversation among fans and moviegoers. In doing so, they will be able to boast about having their favorites when the topic comes up. Others are only interested in the level of success achieved by some of these top actors and actresses.

There can be no question that the Yoruba tribe is gifted with a large number of actors. The promotion and preservation of the indigenous culture is done expertly and professionally by these entertainers. Consequently, making a noteworthy influence on the growth of the Nigerian film industry.

The numerous roles that these actors play in films serve as examples of their exceptional talents. Some have even advanced to the position of director of a movie production company.

These seasoned actors and actresses’ long-cultivated talents paid off because acting is currently a very lucrative profession. Several millionaires have come from the Yoruba part of the Nigerian film business, but this article concentrated on the ten richest actors from the tribe.