Let’s take a gander at the security agencies that are in Nigeria. Security agencies are government-established organisations tasked with ensuring that laws are followed and implemented. In general, they collaborate with all appropriate authorities to ensure the country’s internal security. In this post, we will look at every one of Nigeria’s key government security agencies and outline their responsibilities. 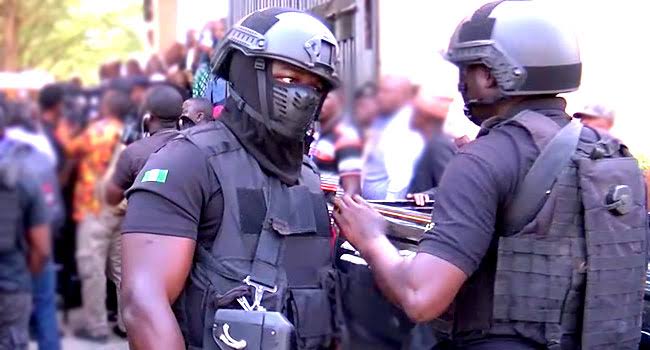 FULL LIST OF TOP SECURITY AGENCIES IN NIGERIA AND THEIR FUNCTIONS

The Following is a lengthy collection of Nigeria’s key security agencies, along with descriptions of their roles in the country.

The Nigerian Army is the largest and most powerful of the three Nigerian armed services.

As of 2016, the Nigerian Army has a staff of roughly 200,000 people, and it is accountable for ground combat operations in Nigeria.

The Nigerian Navy is the armed forces’ maritime branch, and it is in charge of defending the country’s territorial waters and seas. The Naval Headquarters is in Abuja, and there are three operational commands with headquarters in Lagos, Calabar, and Bayelsa.

The Nigerian Air Force is one of the agencies of the Nigerian Armed Forces that is in charge of defending Nigeria’s airspace. The agency’s headquarters are in Abuja, Nigeria, and it employs approximately 10,000 people.

The National Intelligence Agency (NIA) is among three descendant agencies of the National Security Agency, which is now defunct (NSO). It is a governmental agency in charge of regulating the country’s foreign intelligence and counterintelligence activities.

This agency was established on June 5, 1986, as one of trio from the National Security Organization (NSO), the other two being the State Security Service (SSS) and the Defense Intelligence Agency.

Looking at the administration of NIA, a director general leads the agency, and Ahmed Rufai Abubakar presently holds this position.

The Nigerian Police Force (NPF), previously recognized as the Nigerian Police, is the country’s primary law enforcement and security organization. As per Wikipedia, the agency presently employs approximately 370,000 personnel.

This law enforcement agency is one of Nigeria’s most prominent and well-known, with many of these citizens having daily interactions with its officers. The NPF is also led by an Inspector General of Police who is selected by the President (IGP). It is made up of 36 State commands divided into 12 zones, as well as seven administrative entities.

The State Security Agency (SSS), known colloquially as the Department of State Services (DSS), is the secret service of the Nigerian presidency, reporting to the National Security Adviser. It is the Federal Republic of Nigeria’s primary domestic intelligence agency.

The State Security Service, or SSS, is a federal law enforcement organization tasked with accumulating intelligence and information across the country. It is in charge of protecting key government figures in the country, including the President, as well as the governors of the country’s 36 states.

The Chief of Defence Intelligence (CDI) is in charge of this institution, and the President of Nigeria can nominate or dismiss him at any moment. Like the SSS, much information regarding this organization, such as the number of employees and annual salary, is kept under wraps.

The Nigeria Security and Civil Defence Corps (NSCDC) is a paramilitary and security organization in Nigeria. The agency is in charge of providing protection for the nation and its residents from threats, as well as any type of attack or disaster.

The Nigerian government founded the agency in May 1967. During in the Nigerian Civil War in May 1967, this organization was founded in the then-Federal Capital Territory of Lagos.

The major goal of the NSCDC is to raise awareness and safeguard civilians in the country. The agency is led by a Commandant General who is appointed by the President (CG).

The Nigeria Immigration Service is a paramilitary force in Nigeria, as its name suggests.

The agency is in charge of controlling who enters and leaves Nigeria, as well as issuing travel documents, such as International Passport booklets, to Nigerians both inside and outside the country’s borders.

In August 1958, the agency was separated from the Nigerian Police Force. On August 1, 1963, an Act of Parliament (Cap 171, Laws of the Federation of Nigeria) established the Nigeria Immigration Service.

The National Drug Law Enforcement Agency (NDLEA) is a federal law enforcement agency in the United States. The agency’s mission is to eradicate the cultivation, processing, manufacturing, selling, exporting, and trading of hard drugs. Even though it dates back to 1935, Nigeria’s highest paramilitary agency was constituted by Decree No. 48 of January 1989.

All of the abovementioned Nigerian security agencies and their varied roles are the country’s major security entities. While all these federal government entities are distinct, they are intertwined in order to ensure that people and property are appropriately protected. They likewise guarantee that acts of crime and unrest are severely curtailed and brought to a halt.

That’s the length of this write-up as we have been able to list out the security agencies in Nigeria and their respective functions.