There are associations and unions in every work discipline that oversee and advocate for the organization’s affairs. These organizations are referred to as economic unions, and we will look at a list of trade unions in Nigeria and their functions in this article. 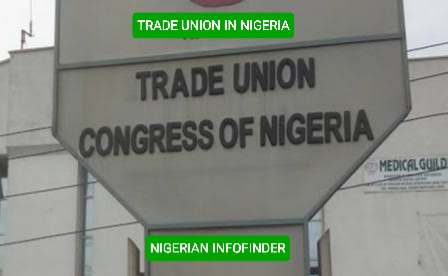 WHAT ARE TRADE UNIONS AND HOW DO THEY WORK?

You may have heard about popular trade union organisations up until now. This is a group of workers who speak up for their fellow workers in a specific field (like medical, teaching or petroleum). Their principal goals are to guarantee their employees’ workplace conditions and to have government policies favoring them implemented.

Furthermore, trade unions establish working rules, act as a liaison between employees and the government, secure fair compensation, and enact policies for the betterment of the team.

There are numerous registered trade unions in Nigeria. In the field in which they operate, these unions differ. In the medical field, the NMA, and in the education field, the NUT.

FULL LIST OF TRADE UNIONS IN NIGERIA AND THEIR RESPONSIBILITIES

Nigeria has a large number of powerful trade union organizations that cover a wide range of occupations. Here is the complete list of Nigeria’s trade unions and their responsibilities:

The Nigerian Labor Congress is a trade union that is regarded being one of the most dynamic in the country, owing to its use of strike action to address concerns affecting labor workers. The NLC provides housing for employees in the country by intervening on their behalf against some of the government’s unusual policies. Comr. Ayuba Wabba is the current president of the trade union body, which was founded in 1978.

Additionally, the Nigerian Labour Congress’ goal is to protect Nigerian workers from mistreatment and abuse, which is primarily accomplished through government policies and programs that influence workers. The body criticizes the rise in fuel prices, as well as the late delivery of salaries and stipends, and other vexing issues impacting the general workforce.

Another labor union in the country is the Academic Staff Union of Universities. It originated in 1978, when the Nigerian Association of University Teachers was disbanded. All senior and academic personnel at Nigeria’s federal and state universities are members of the union.

By safeguarding the rights of its members, the group works as a protective shield for all government public university academic employees.

ASUU has gone on strike in a number of cases, effectively shutting down all government universities. The union is taking these steps in order for the government to meet the need for academic personnel while also raising the quality of university systems.

This organization addresses all concerns relating to non-academic personnel at Nigerian universities, while also advocating for the non-teaching staff at public institutions.

In 1977, the NASU was established as a trade union. The necessity to address significant issues concerning non-academic personnel in government universities prompted the formation of this union.

The Nigeria Union of Teachers is indeed a trade union that represents every teachers in the country’s public primary and secondary institutions. Since January 1931, this union has been needed to address the weaknesses exposed by wage cuts for teachers and the illusion of superiority in the profession.

The organisation is now entrusted with the role of providing a representative for teachers across the country.

The Directors Guild of Nigeria was founded in 2001, and its members include movie directors and other professionals in the field of photography.

The goals of this union are to preserve worldwide benchmarks in filmmaking in the country, as well as to ensure that workers in this profession have safe working conditions.

The union is an organization that represents motion picture and television executives in the country’s entertainment world.

The union’s name indicates that it is an organization that ensures that workers in the petroleum business have safe working conditions and are satisfied. The trade union is a subsidiary of the Nigeria Labor Congress, and the Congress protects them on matters affecting oil employees.

The Nigerian Medical Association (NMA) is a professional organization made up of medical experts such as doctors. This medial union also includes personnel in medicine, surgery, obstetrics and gynecology, pediatrics, public health, and laboratory medicine.

As a trade organization, the Nigerian Medical Association strives to ensure that medical personnel are well-cared for in terms of pay, workplace safety, and job opportunities.

The Academic Staff Union of Polytechnics is similar to its university arm, ASUU, however its field of focus is different. The ASUP body represents all academic employees at polytechnics. Lecturers, technicians, and all teaching staff in Nigeria’s polytechnics and monotechnics are included.

The organization guarantees that these academics have a working environment that is safe, and they have gone on strike to protest a government policy that affects them.

PENGASSAN is another another petroleum industry organisation. This organization is made up of the industry’s leading authorities and senior workers. These senior workers in the oil and gas sector are important to the government, and a strike by the union may devastate the economy because the sector is the country’s largest stake.

The Association of Resident Doctors is a medical organization in Nigeria that represents all medical specialists. The Nigerian Medical Association owns the company.

The union’s role is comparable to that of the NMA in that it deals with all concerns facing medical professionals, but the difference between the two medical associations is that it deals with matters regarding Nigerian resident medical doctors.

Numerous professional disciplines in the country have resorted to trade unions for help. This is particularly the case in light of the fact that they safeguard and protect the rights of their employees in the public good.

In Nigeria, there are numerous trade unions in a variety of occupations. We went over the list of these trade unions, their goals, as well as how their members and the wider public are affected.