According to current data, Nigeria has more than 7,000 registered filling stations spread across the nation. While new gas and petrol outlets compete for a license to operate, the number is expected to rise yearly. With many popular petrol stations located on every major route in Nigeria, it can be daunting to know which of these filling stations in the country sell  fuel at the original market price. These service stations can also be found in public places, particularly in urban areas. 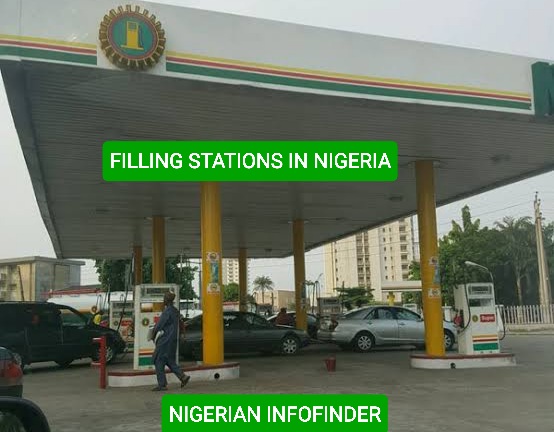 Because of its profitability, the oil and gas industry attracts many entrepreneurs. Based on where they are located in the country, several filling stations produce between ₦1 to ₦3 million per day. According to our analysis, starting a retail petrol station business in Nigeria today would cost around ₦70 million.

Determining the right pumping station to refill your vehicle in Nigeria can be tough due to the large number of them. This information will assist you in determining which of Nigeria’s richest filling stations provide the best fuelling operations with this list of the country’s top fuel stations that are considered the best in the downstream sector.

The following are this year’s top rated renowned petrol filling stations in Nigeria’s downstream sector, in no particular order:

Oando (Ocean and Oil Limited) is a well-known Nigerian and one of Africa’s largest fuel stations. At least one Oando fueling station can be found in every Nigerian state. Oando has long been regarded as one of Nigeria’s greatest gas stations.

Since its inception, Oando filling station has grown in popularity, with locations in all of the country’s major cities.

Oando was previously known as ESSO, and it was founded in 1956. Oando’s significant stockholders include Adewale Tinubu and Omamofe Boyo. As a result, it is an independent oil and gas company.

Total is without a doubt one of Nigeria’s wealthiest filling stations, with facilities in all 36 states. Total filling stations have been in operation in Nigeria for more than fifty years, with 600 stations presently in service across the country.

The very first Total fueling station opened in Yaba, Lagos state, in 1956. Total aims to give high-quality products and excellent customer service. As a result, they are rendered

Mobil is Nigeria’s third richest filling station, featuring a decent fuel meter. This is a well-known gas station and petrol station that may be found all throughout the country. ExxonMobil is a multinational firm that owns Mobil.

In Nigeria’s South South states, such as Cross Rivers, Akwa Ibom, and Rivers, Mobil filling stations are more widespread. Other states where the stations can be found include Lagos, Imo, Delta, and others.

Conoil has been operating independently in Nigeria for far more than 26 years. It was previously known as National Oil and Chemical Marketing Plc. The name was changed after Conpetro purchased the company in 2002.

With headquarters in Victoria Island, Lagos State, the corporation is one of Nigeria’s largest oil and gas companies. Conoil filling stations sell gasoline, kerosene, diesel, aviation fuel, and low-pour fuel, among other things.

The lone government-owned service station on this list is the popular NNPC filling station. The Nigerian National Petroleum Commission (NNPC), which further administers the filling stations, is owned by the federal government. They have a higher obligation as more than merely a federal business to provide the best services to Nigerians.

Even though it first began selling retail in 2000, NNPC has been around for a long time. Every state in Nigeria has a NNPC fueling station. There are 500 NNPC filling stations across the country.

The Adrova fuel station was once home to Femi Otedola’s fabled Forte Oil, owned by millionaire Femi Otedola. Among other things, they sell PMS, diesel, aviation fuel, kerosene, and other lubricants.

In Nigeria, there are over 450 Adrova filling stations located throughout the country. Filling stations operated by Adrova can be located in every state, and the corporation also has a significant presence in Ghana.

Petrocam filling stations are indeed very prevalent in Lagos. They can, however, be found in a few additional Nigerian states.

Petrocam was established in 2004 and now has operations in Nigeria and other African countries. Petrocam filling stations sell gasoline, gasoline oil, kerosene, naphtha, lubricants, and greases.

There are additional connections with energy firms in Europe and the Middle East.

Zenon is a large firm that sells a variety of oil industry-related items.

The MRS filling station is owned by MRS Holdings. It used to be known as Texaco, and before that, it was known as Chevron. The company, which was founded in 1969, is led by Patrice Albert and Marco Storari, among others.

MRS has stores in all of Nigeria’s major cities. A number of high-profile enterprises receive fuel from the filling station. They also sell aircraft fuel and a wide range of lubricants.

Heyden Petroleum Limited is also among the popular petrol filling stations in Nigeria that was incorporated as an independent Oil Trading Company in Nigeria and in the United Kingdom on October 30, 2001. They are involved actively in the downstream sector and Heyden filling stations can mostly be found in Lagos states and other southwestern parts of the country.

The following are the top 10 best filling stations in Nigeria. These are the recommended places to always make your vehicle refill. We hope that by knowing this information, you will be able to determine which fuel stations in the country provide the finest services.